Universal Studios: In The Beginning

Long before Universal Studios became The Entertainment Capital of LA, it was a modestly successful chicken ranch. And before then it was housed in a modest warehouse in Fort Lee, NJ. Why Fort Lee? It was the original “Hollywood,” mainly due to its proximity to Thomas Edison’s Menlo Park headquarters. It would be this proximity and bad wintry weather that would become Fort Lee’s undoing. While we picture a kindly, mad scientist when we think of Thomas Edison, the real life gentleman was a ruthless businessman who abused his patents and demanded huge royalties for his camera equipment. Not content with just selling the equipment to the studios, Edison demanded exorbitant royalties as well. Imagine if Apple required you to pay them a fee every time you posted a picture taken on an iPhone online; that was what Edison wanted to do if you used one of his cameras. Studios who ran afoul of Mr. Edison would be visited by his thugs who would rough up staff and destroy sets until they collected Mr. Edison’s royalty checks. This is not an exaggeration; Edison really ran his company this way. 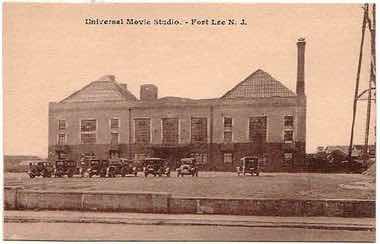 It didn’t take long for the movie studios to flee out west to evade Edison and his goons. Los Angeles provided a more hospitable year round climate and enough distance from Edison to provide a safer business environment. One of the first to immigrate to Los Angeles was Carl Laemmle’s Universal Pictures. Mr. Laemmle’s ambitions always seemed to be constrained by his lack of funding. While he was more or less successful, his studio always seemed a bit undercapitalized. Upon his arrival in Hollywood, he bought a parcel of land in North Hollywood that he christened “Universal City” but it soon became clear that the property would be too small for his ambitious plans. Mr. Laemmle sold the parcel and bought what was then a chicken ranch north of Hollywood in the San Fernando Valley. This huge ranch was more befitting of the Universal City name. 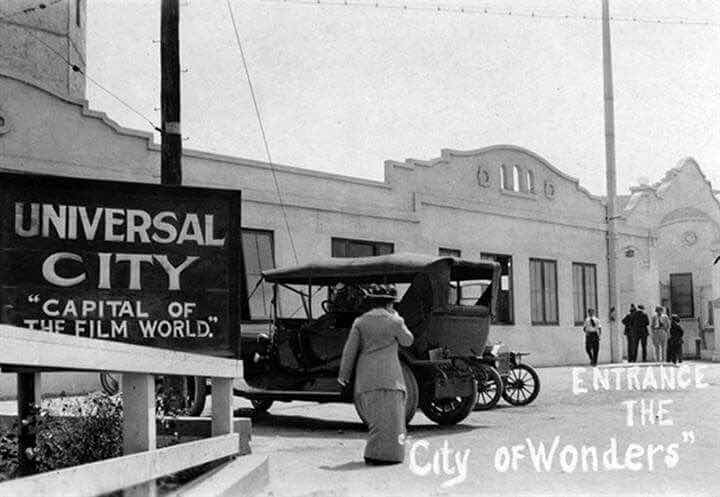 This time, Carl Laemmle incorporated his property as an actual city, setting up a privately owned government to operate the vast property. At the time, this was more of a publicity stunt than an actual desire to run a city, but the gambit worked, putting Universal Pictures on the map. It was a far cry from today’s massive operation, but the seeds for the current studio and theme park were firmly planted in the sandy Los Angeles soil.