Hollywood can often be a tough town to break into. Originally, the Hollywood Foreign Press Association tried to help lesser known up and coming actresses and actors by awarding them the title "Mr. and/or Miss Golden Globes" annually at its Golden Globes ceremony. 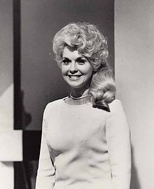 Early winner Donna Douglas.
This program was an excellent opportunity for unknown actors and actresses to get their faces in front of Hollywood's biggest stars and most important executives- until the 1970's, that is. 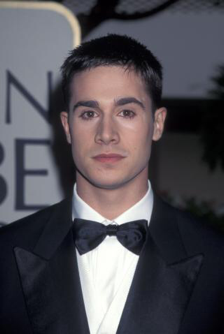 Mr. Golden Globes - Freddie Prinze, Jr.
The coveted title would no longer go to up and coming stars after the 1970's; instead it would get awarded to the children of existing stars. The traditional 'hand-up' that was afforded to worthy unknowns would become a nepotistic exercise in providing exposure to the already charmed offspring of Hollywood celebrities. In recent years, the children of Michael J. Fox, Kyra Sedgwick and Sylvester Stallone have found themselves "honored" in this fashion. The program's original goal of providing outsiders an in has been twisted to allowing the insiders a way to keep the outsiders out.
Posted by Ralph at 7:24 AM