We have a morbid curiosity about disasters. While most of us will be lucky to never have to live through a disaster, we'd like to think that we would survive one because we wouldn't be as stupid as everyone else. The disaster films of the 1970's allowed people to vicariously witness a disaster and try to imagine themselves as rising above such a situation. 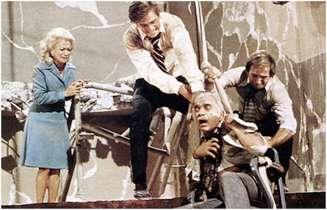 The trend resonated throughout the 1970's as audiences sought out fictional horrors to take their minds off of the real life ones that surrounded them. Oddly enough, while there were unlimited possibilities for disasters and situations, Hollywood chose to use the same types of conflicts and tropes in just about every one of them. 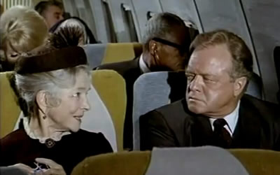 There was the eccentric old lady. Pioneered by Helen Hayes in Airport, this character was mostly there for comic relief. Helen's character, for example, was a perpetual stowaway. Martha Raye sacrificed her dignity in Airport '79 to play an old lady who was scared of flying in the least sexiest wet T-Shirt scene in movie history. 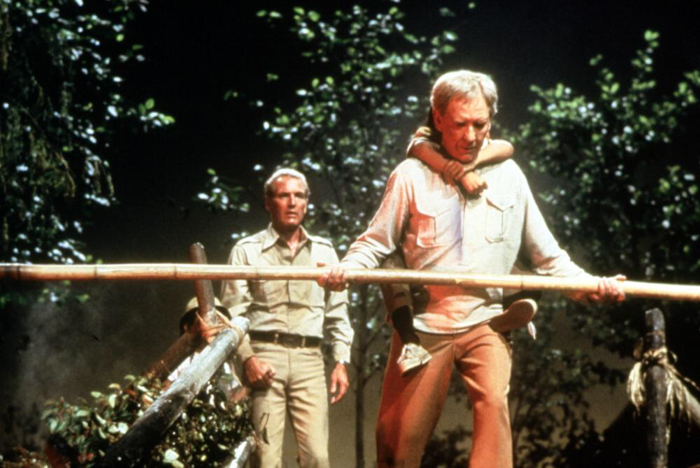 Another oft-used character type was the old person with the hidden talent that will be coincidentally useful later. If we see a frail old person mention an unlikely skill in the first few minutes of a disaster film, you can bet that it will be needed and used to rescue others in the end. Burgess Meredith used his acrobatic skills in When Time Ran Out... while Shelley Winters put her swimming skills to good use in The Poseidon Adventure. Amazingly good luck for the survivors, huh? 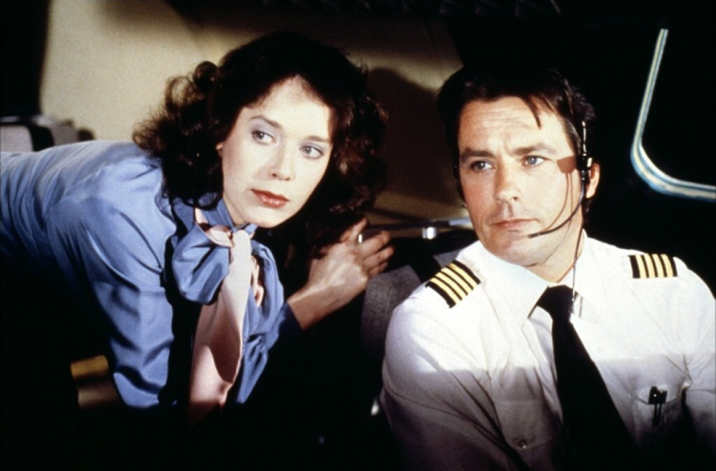 Another common storyline is the forbidden love. If the film takes place on an airplane, it's an affair between the pilot and a stewardess. In other situations it's between the hero and someone he shouldn't be dating- like the daughter of the boss. It typically works out for them in the end, however. In Starflight One, the cheated on wife graciously steps aside after making sure that her soon to be ex-husband is safe, wishing his side-piece good luck for the future. 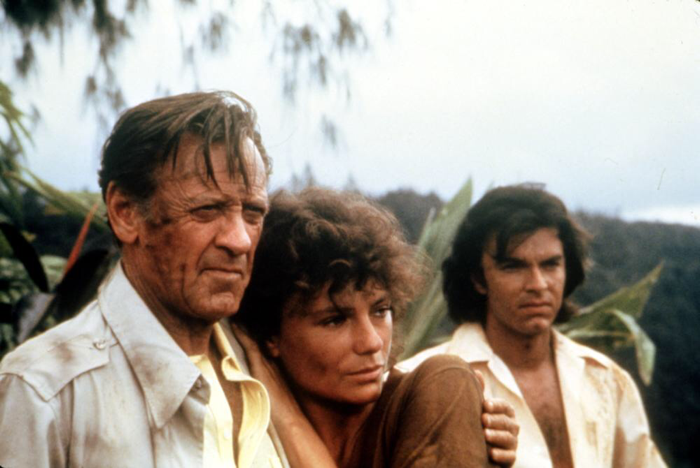 Of course, the most consistent character found in these types of films is the ruthless capitalist. Despite all warnings about impending doom, the capitalist refuses to shut down the resort, make the necessary repairs or do anything to otherwise circumvent certain doom. To the delight of audiences, they always get their comeuppance in the end.
Posted by Ralph at 7:56 AM